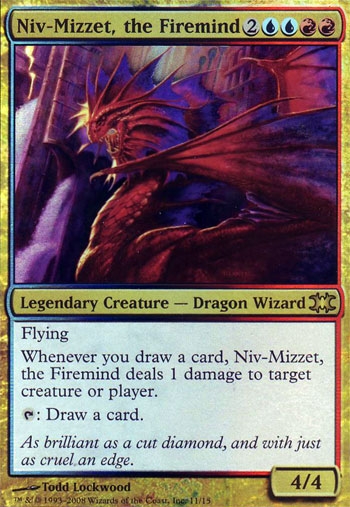 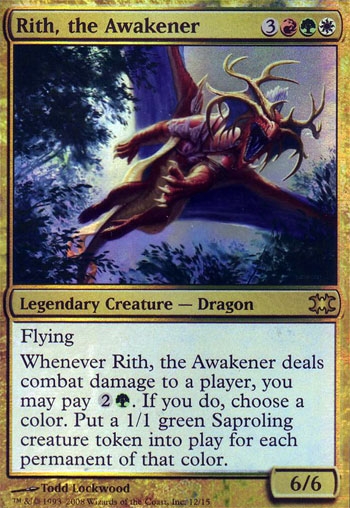 1. Describe the personalities of some of the dragons in your paintings.

Todd: Dragons, to me, are cunning, love a good joke, are sometimes selfish, sometimes noble, but never boring. The Dragon in the painting Not Quite Scaramouche 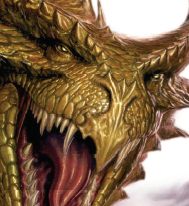 clearly loves to fly and doesn't mind passengers. Temeraire is of the selfless sort.

The Birdfeeder, however, is a hungry, greedy little predator. 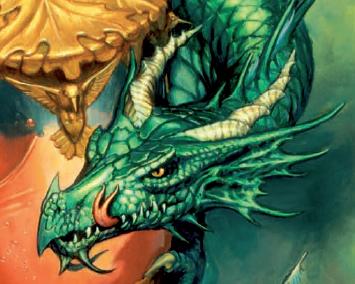 All dragons are much like cats: aloof, disdainful, certain of their
superiority, regal, dangerous, majestic! Never goofy and playful or
subservient, like a dog, not quiet toilers like a horse or oxen. Dragons are powerful and intelligent masters of their own fate. If they choose to help you rather than eat you, it is for their own reasons.

2. Do you get inspiration from any existing animals for your dragons? If you
do, please give some examples!

Todd: I do use existing animals as inspiration for my designs. Using real animals
adds reality to the illusion and makes it more believable.

I used the anatomy of cats to guide the legs and torso of my dragons, because it is a design in nature that is already superbly adapted to hunting and attacking.  They're lithe and sinewy -- very dangerous. I can't imagine a dragon that is fat or that has huge legs, like an ostrich. They're greatest power is in their wings; those should be the biggest muscles on their bodies.
The wing muscles and the arrangement of fingers are based partly on birds, but mostly on bats. The neck and tail are based on snakes and lizards and dinosaurs. Lizards and snakes provide ideas for scale patterns and skin textures. But the heads can come from almost anywhere. Sometimes they are lizard-like, sometimes more like dinosaurs, sometimes like a snake, or a bird, or a mammal ... and sometimes I use parts of all of them! The head is the place where a dragon shows the most personality, and it's the place to have the most
fun.

3. Which dragon myths do you like the most, and why?
Todd: I like all dragon myths. In western mythology, I enjoy St. George facing his dragon simply because it's fun to imagine and draw man fighting monster!  It is probably the archetypal man/dragon tale, and inspires the modern idea of dragons more than any other. Typhon, from Greek mythology is a tale on a much grander scale: an ancient and powerful creature that dared to do battle with the gods! But I also like the oriental dragons, which are embodiments of the forces of nature. They're kind instead of evil, give life instead of destroying all. They are mystical, magical, and mysterious creatures. You should never fully understand a dragon, no more than you ever fully understand anything ancient and rare. Other dragon tales hold clues to ancient religion. Tiamat and Marduk are an example of one pantheon replacing an older one, then both devolving into myth.
4. How did you get interested in dragons?
Todd: One of my oldest memories is of Maleficent, the evil witch in Walt Disney's Sleeping Beauty, turning into a dragon -- as seen through the windshield of the family car at the drive in. I was probably four. I liked Smaug in The Hobbit. Beyond that ... I don't know! Who doesn't like dragons?! I played Dungeons and Dragons for years, read fantasy mythology, and was always interested in animal anatomy to begin with. Dragons are a sort of anatomical puzzle I enjoy thinking about: How could that really work? What would it require to keep a beast that large in the air? How can you design a system that incorporates wings and front legs? Add to that the personality: mysterious, powerful, mischievous, intelligent ... and they become irresistible.