Chapter one. Opening.
~She saw a car. It was driving very fast. It was running a little bit too fast. It ran into a other car. One, two, three, four. Four other cars crashed into the two cars who just had crashed. A fire broke up in the middle. Now she was in one of the cars. She was in one of them who  had been driving too fast. She looked on her hand. It was blood on it. To the left of her she saw a boy, in the same age as her. His hair was blond. In front of her, there was two persons. A woman and a man. The man had also blond hair, and the woman had purple, just like herself. She heard sirens. They became louder and louder. She wondered why they where there. She wondered if something had happened.
She remembered. A car crash.
The happy family was about to go on a trip to spain. But they had to hurry, or else they would missed the plane.
‘Mommy... daddy... we have to hurry... so we don’t miss the plane’
She got no answer.
‘Brother, wake up... You can’t sleep now...’
No answer.
She saw black smoke in the ceiling of the car. She wondered why it was there.
‘We have a survivor in here! Hurry!’
She saw a grown up man. He was looking at her. There was two more of them now. The man who arrived first took her and her brother out of the car. The two other took care of her mom and dad.
She wondered why they where taking them out of the car. They had to hurry. Or else they would miss the plane.~ 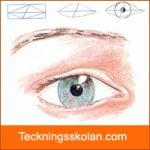